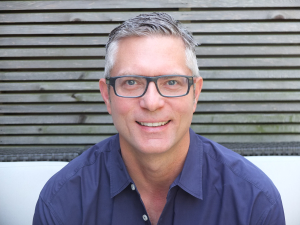 Andrew Pyper was born in Stratford, Ontario, in 1968. He received a B.A. and M.A. in English Literature from McGill University, as well as a law degree from the University of Toronto. Although called to the bar in 1996, he has never practiced.

His most recent novels include The Homecoming (2019), The Only Child (2017), and The Damned (2015). His 2013 novel, The Demonologist, won the International Thriller Writers Award for Best Hardcover Novel, and was a #1 bestseller in Canada and Brazil.

A number of Pyper’s works have been acquired for TV or feature film. The Homecoming is being developed by eOne with Andrew acting as Co-Creator and Executive Producer. Other active projects have not yet been announced.

Among the earlier novels, The Guardians was published in Canada (Doubleday Canada) in January 2011, the U.K. (Orion) in February 2011, and following this internationally in various territories. It was selected a Globe and Mail 100 Best Books of the Year.

The Killing Circle, Andrew’s fourth novel, was a national  bestseller in Canada, and has been published in the U.K. (HarperCollins) and U.S. (St. Martin’s/Minotaur). Translation rights have been sold in Holland, Spain, Germany, Italy, Portugal and Japan.

Kiss Me, a collection of short stories, was published to acclaim in 1996. Following its publication, Mr. Pyper acted as Writer-in-Residence at Berton House, Dawson City, Yukon, as well as at Champlain College, Trent University.

His first novel, Lost Girls, was a national bestseller in Canada and a Globe and Mail Notable Book selection in 1999 as well as a Notable Book selection in the New York Times Book Review (2000) and the London Evening Standard (2000). The novel won the Arthur Ellis Award for Best First Novel and is an Otto Penzler pick on Amazon.com. Lost Girls has been published in the U.S. (Delacorte Press) and U.K. (Macmillan) in 2000, and has also been translated into Italian, Dutch, German and Japanese.

Andrew’s second novel, The Trade Mission, was published in Canada, the U.K., U.S., the Netherlands and Germany. It was selected by The Toronto Star as one of the Ten Best Books of the Year.

Andrew’s third novel, The Wildfire Season, was a Globe and Mail Best Book of the Year and has been published to acclaim in the U.K., Canada, U.S. and Holland.

One Reply to “Biography”